Only days after Harvey, OSU SRP researchers partnered with Texas A&M, UTHealth School of Public Health, and Baylor College of Medicine. The goal of the partnership is to place personal samplers on individuals living in and near hurricane-damaged areas. The passive sampling wristband is the perfect tool.  It doesn’t need batteries or the internet. Additionally, the wristband can detect over 1,500 different chemicals. 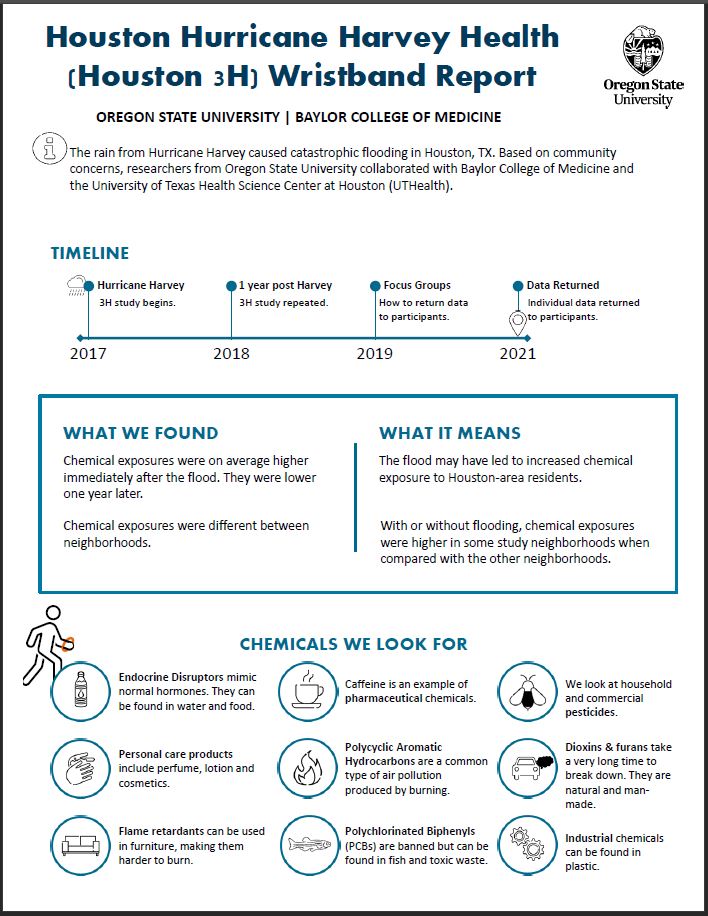 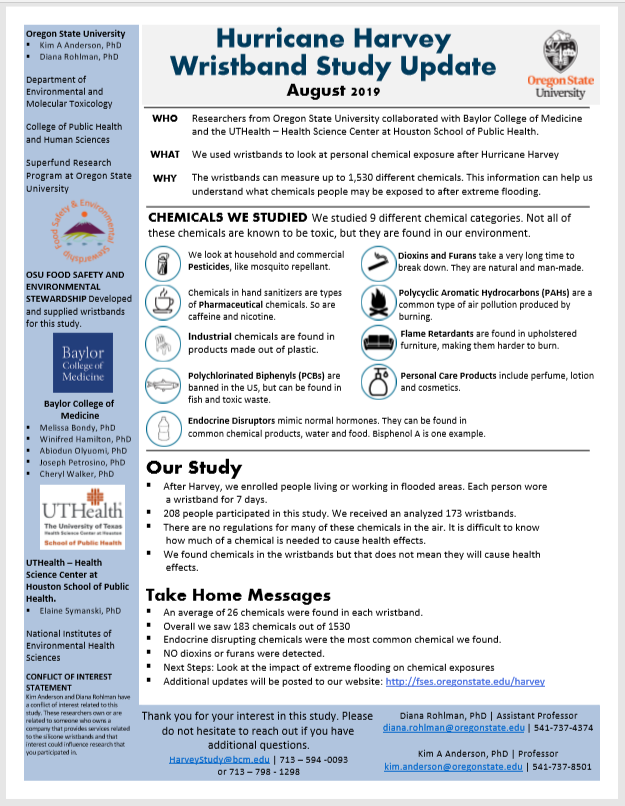 Following a disaster, we tend to be worried about finding food and shelter, reuniting with families and pets, and cleaning up the damage left behind. We don’t tend to think about toxic chemical exposures. With Hurricane Harvey, it’s a different story. 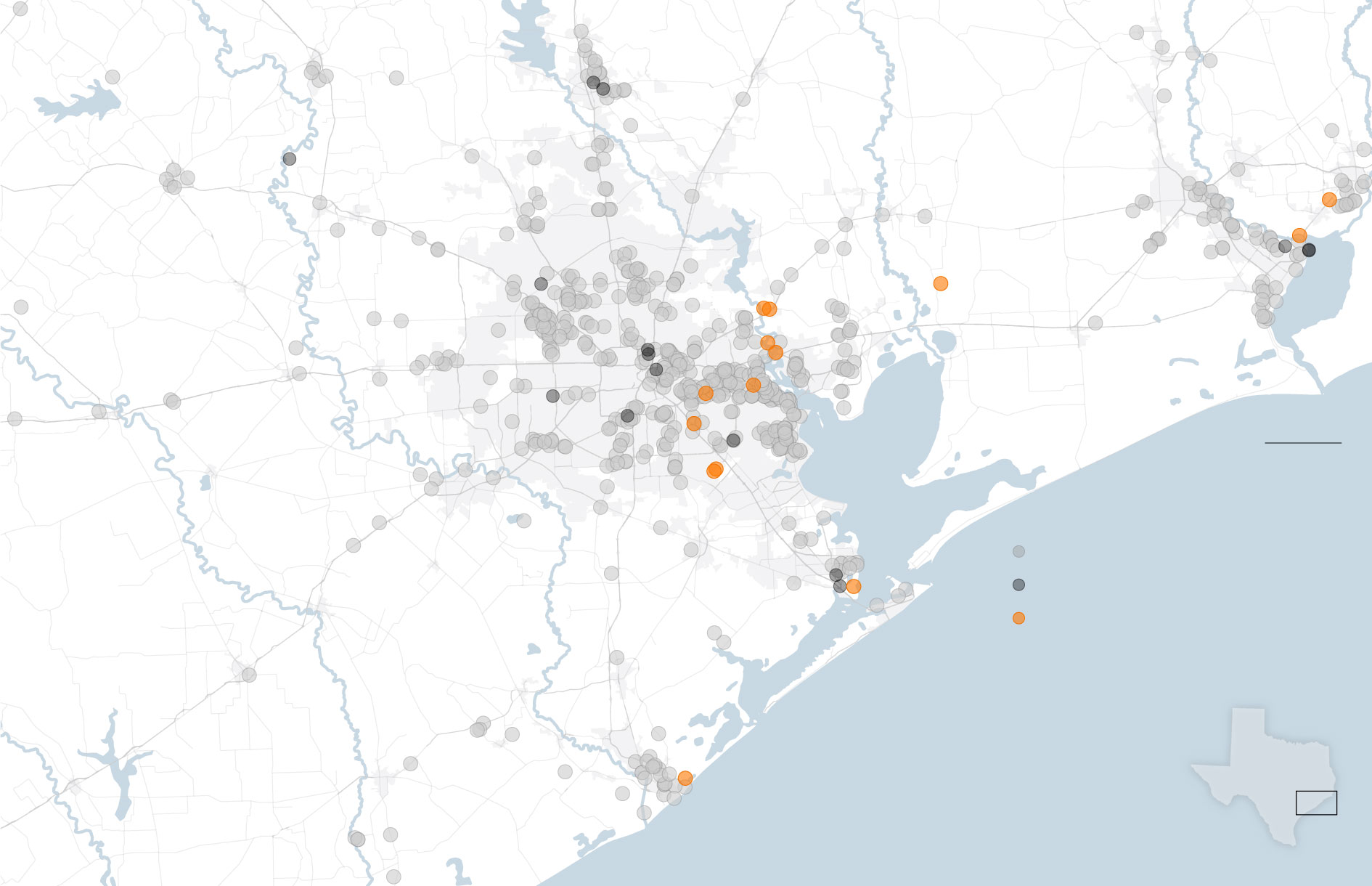 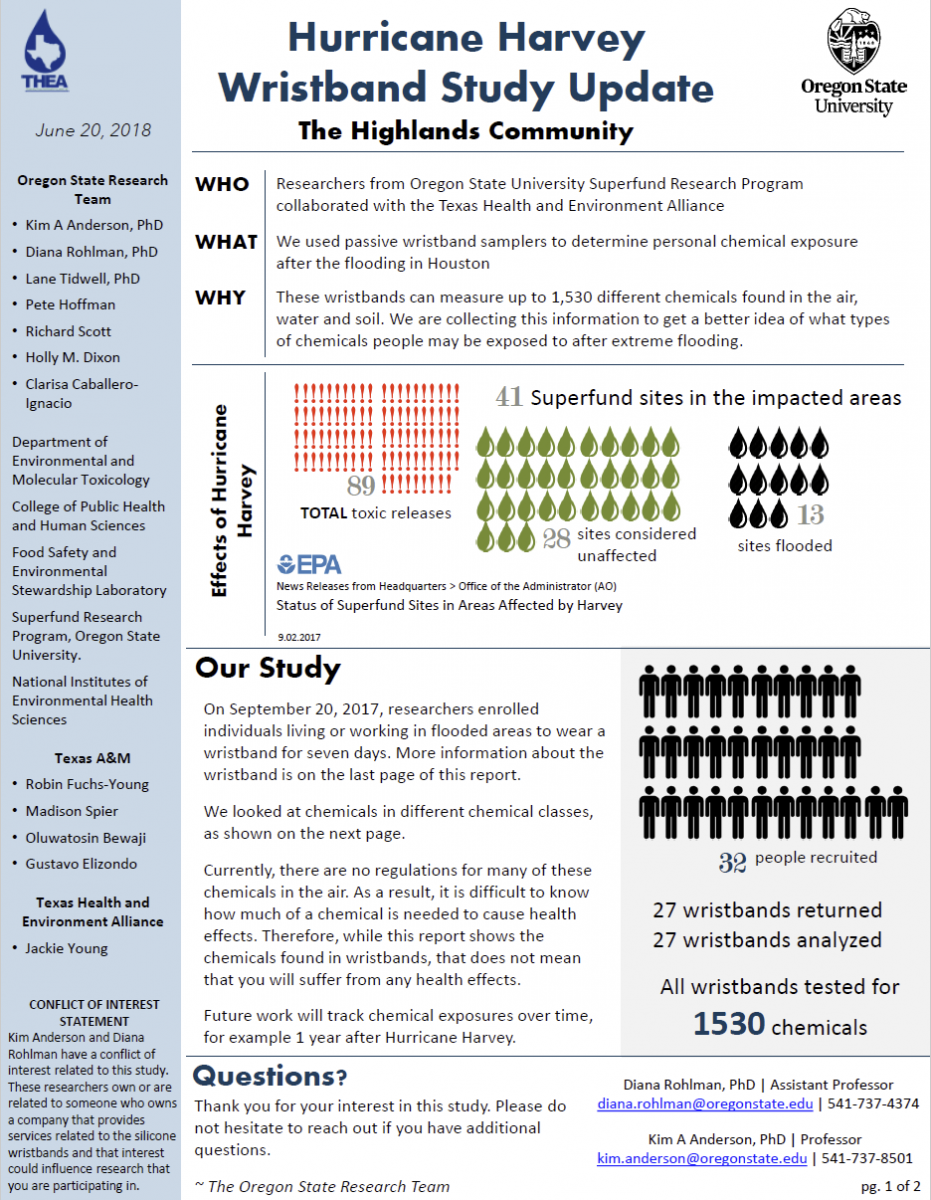 Oregon State University has been preparing for disaster research for several years. This year, Oregon State received their first ‘Disaster IRB.’ This allows Oregon State researchers to deploy quickly, with appropriate controls in place to ensure participants are safe and their information is confidential. SRP investigators Drs. Kim Anderson and Rohlman worked carefully with the Oregon State Institutional Review Board to develop this IRB.

The Superfund Research Program is supporting this response effort. In the image below, SRP trainees are preparing wristbands for a September 20th deployment. We hope to enroll several hundred individuals. The results of this study will help us better understand the potentially toxic chemical exposures that could result following natural disasters. 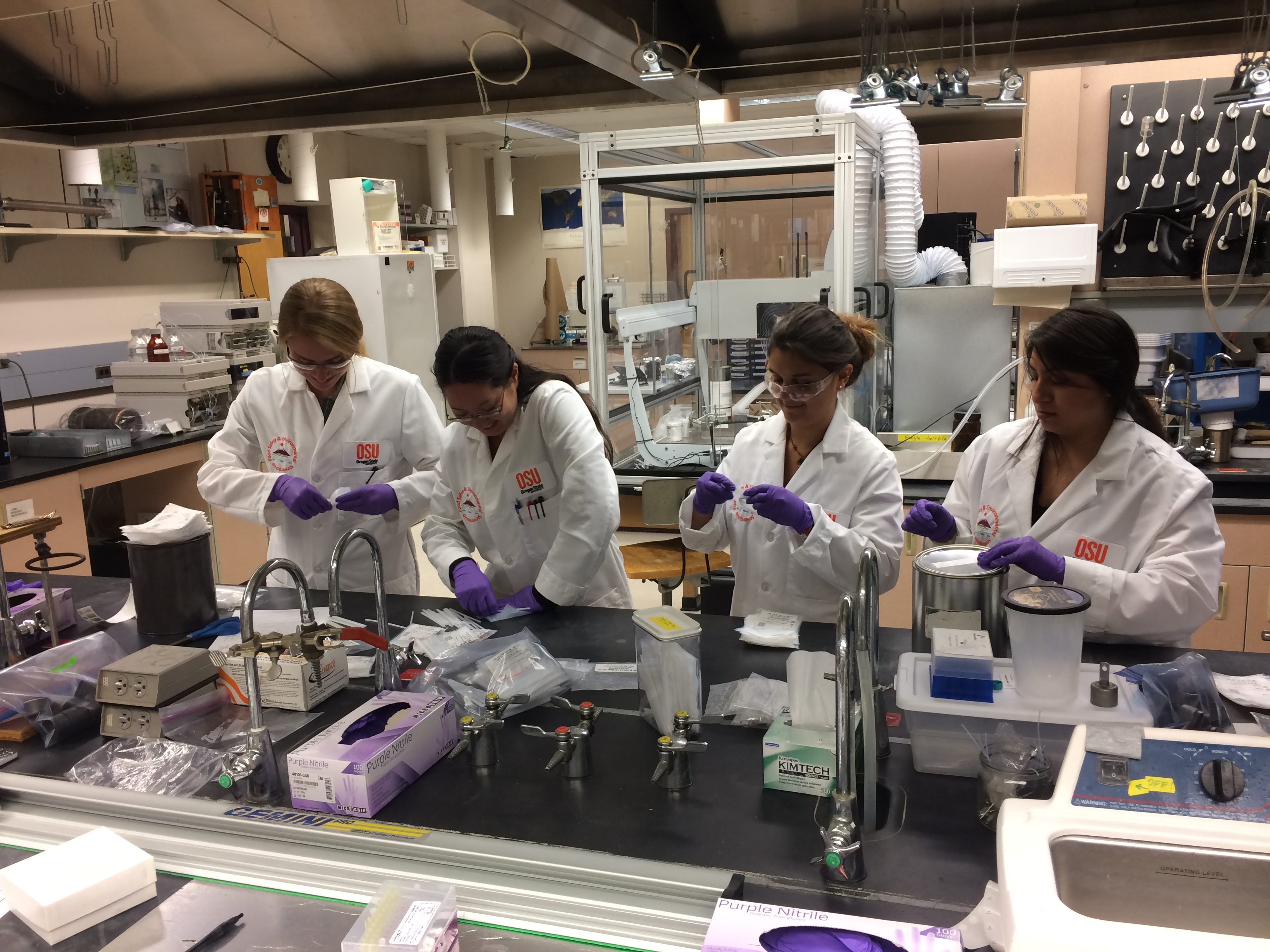 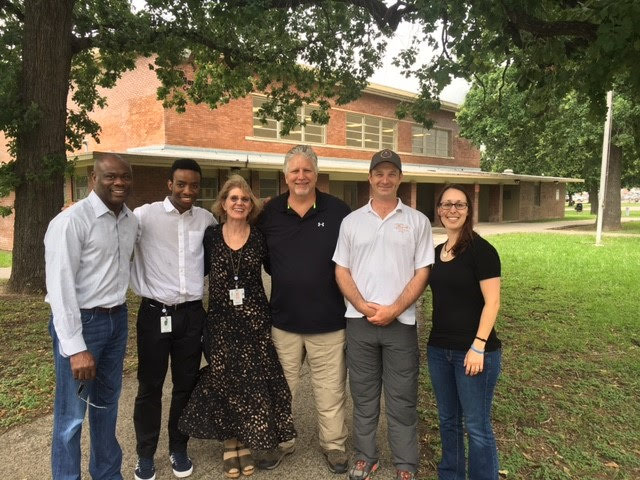 News stories from this project

June, 2018 - Harvey tests to be revealed at river coalition meeting (The Baytown Sun)

September, 2017 - Wristbands given out to test for chemical exposure from Harvey floodwaters (KHOU)