FSES Environmental Samplers Out in the Field

We are developing technology to measure different types of chemical movement in the environment using passive samplers. 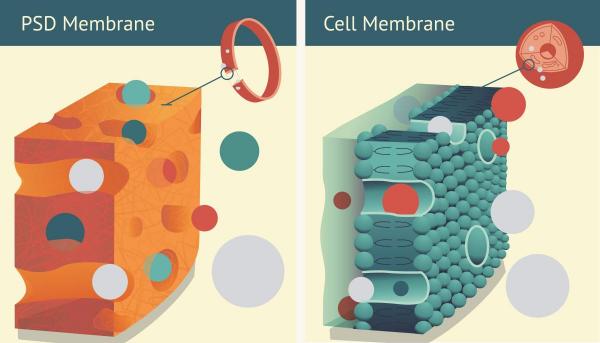 There are two major forms of movement, or flux, that we are measuring with passive samplers:

At each location we place our passive samplers in the air, water and sediment along with our seepage meter system, which measures the movement of water. This will give us an understanding of total chemical movement at each location.

What are the passive samplers made of?

The environmental samplers are strips of plastic called low density polyethylene (LDPE). Before deployment, the strips go through a rigorous cleaning process to remove contaminants from the manufacturing process so they are suitable as trace chemical samplers.

What kinds of chemicals do the LDPE sample?

LDPE is mainly targeted for organic chemicals such as flame retardants, PCBs, pesticides, polycyclic aromatic hydrocarbons, and organic chemicals in consumer products like fragrances and phthalates (chemicals released from plastics). They do not sample metals or inorganic compounds.

Is there a limit on how much LDPE can sample?

Yes, some chemicals will reach an equal state in the sampler with the environment, which will represent the estimated average concentration of the chemical over the time it is deployed. This is known as “equilibrium”. Reaching equilibrium is the case for small, very volatile chemicals like naphthalene. We have tested the samplers in highly contaminated environments for many days, and did not see evidence of saturation for large organic chemicals, like pyrene. Even at equilibrium, the sampler will be able to detect changes in the chemical concentration, and will accurately reflect the average concentrations over the sampling period.

How are the chemicals in the LDPE detected?

The chemicals are removed from the samplers using an extraction method where the strips are soaked in solvent. The solvent will release the chemicals present in the LDPE; this process is known as “extraction”. After extraction, samples are analyzed using an instrument call a gas chromatograph-mass spectrometer (GC-MS) to measure the chemicals. 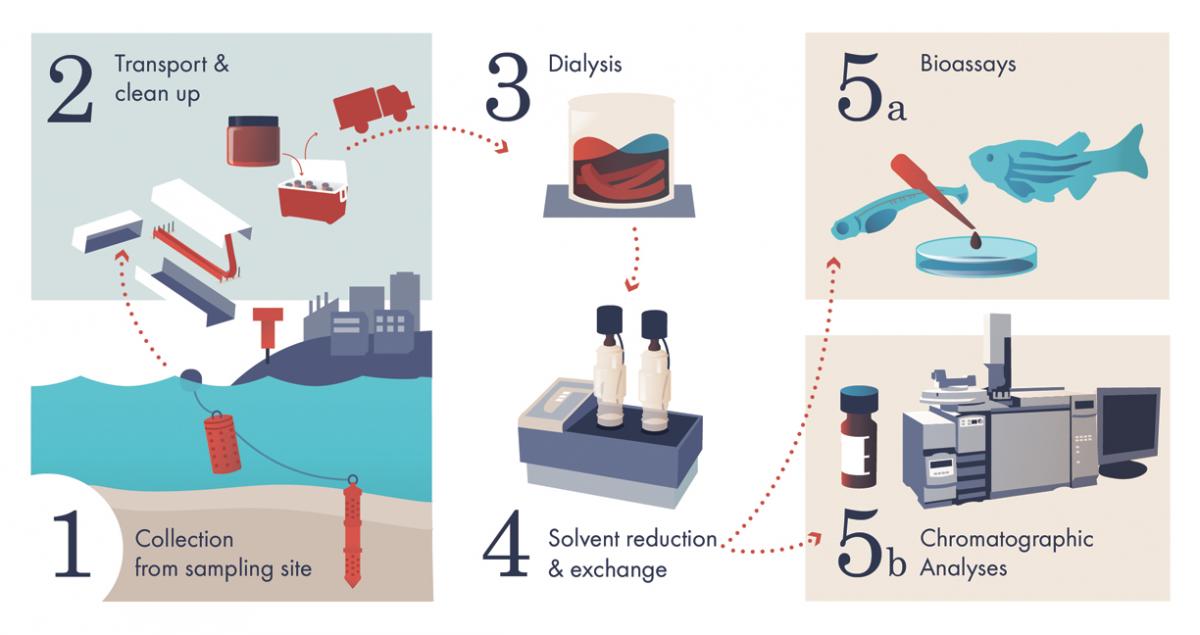 For more information, watch our videos on our LDPE passive samplers: