The incorporation of synthetic materials and plastics in addition to traditional building materials means that firefighters responding to a structure fire may be exposed to a broad spectrum of potentially harmful chemicals including formaldehyde, benzene, benzyl chloride and a number of polycyclic aromatic hydrocarbons (PAHs) some of which have well-established negative health impacts. The incidence of a variety of cancers in firefighters are several times higher than in the general populace, indicating that occupational exposures as part of fire-fighting and suppression activities may have harmful side-effects. Particulate infiltration studies have shown that even in full turn-out gear firefighters are exposed at regions of clothing interface, particularly the jaw-line and neck, the hands and the groin. 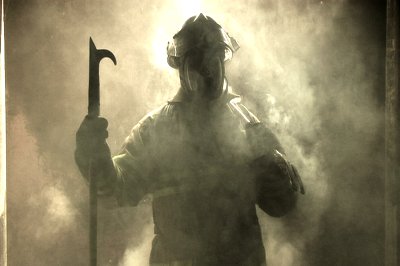 The Food Safety and Environmental Stewardship (FSES) group at Oregon State University, with funding from the Federal Emergency Management Agency (FEMA) and in conjunction with colleagues from NRDI are using silicon passive samplers to help define the firefighters chemical exposures. While the firefighter is on duty, samplers are deployed at several areas on or in the firefighters clothing, both while working around the station house and while actively responding to fires. It is hoped that the data from this study can be used to inform estimates of risk associated with chemical exposures resultant from firefighting.

A research study on 56 Kansas City Firefighters was completed in 2020.
The results are shown in this infographic. 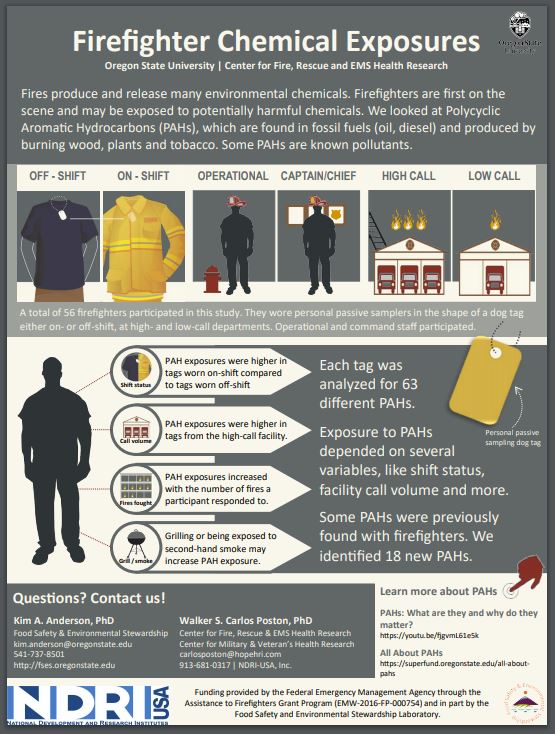 To learn more about firefighters, chemical exposure and health risks, please click
on the image to learn how to reduce exposures, and for access to additional resources 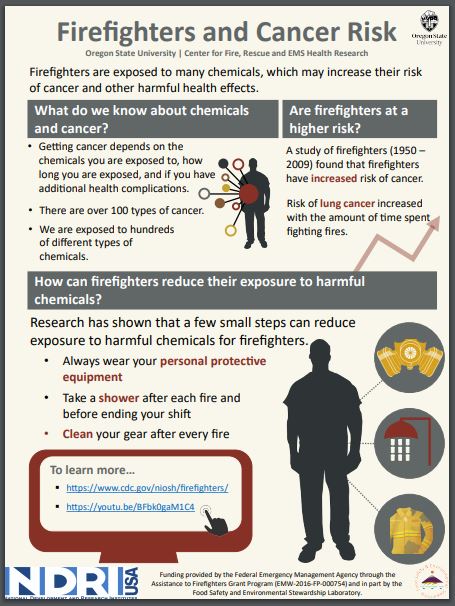